The sequences were extracted from GISAID on the 18th of April 2020; since then, there will have been further sequences uploaded to Wisconsin. Further, certain sequences downloaded were excluded from the analysis as we removed deuplicates, those with likely sequencing errors, or significant gaps.

The figure below shows the dates of sampling of the Wisconsin and external sequences. 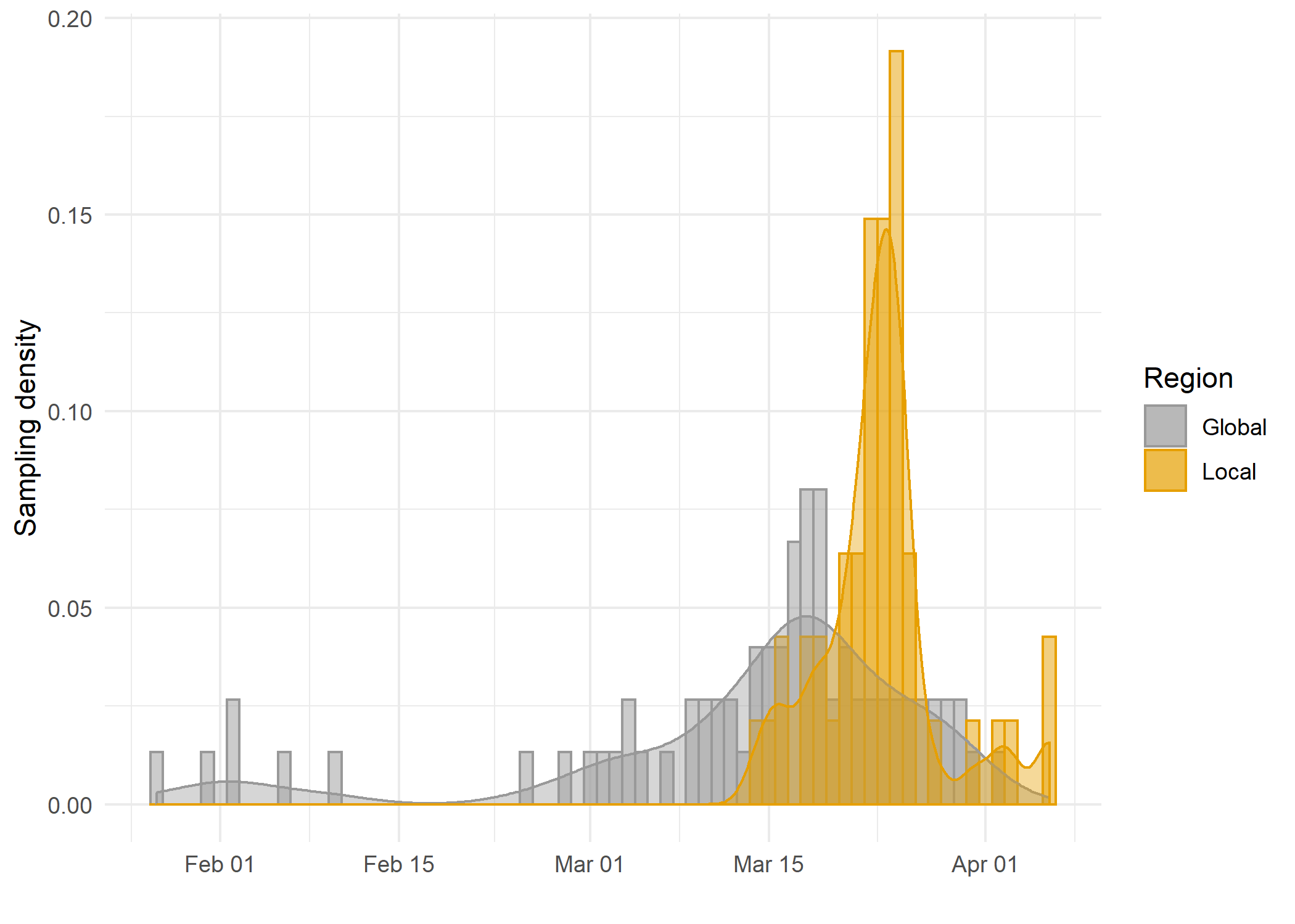 How many are infected in Wisconsin?

Fitting a phylodynamic model to Wisconsin and international SARS-CoV-2 sequence data, we estimate epidemiological parameters. In Wisconsin, at the date of the last sample (2020-04-06), We estimate the total cumulative infections to be 20495 [7623-86820] median [95%CI]; the corresponding official reported total on the same day was 2440. 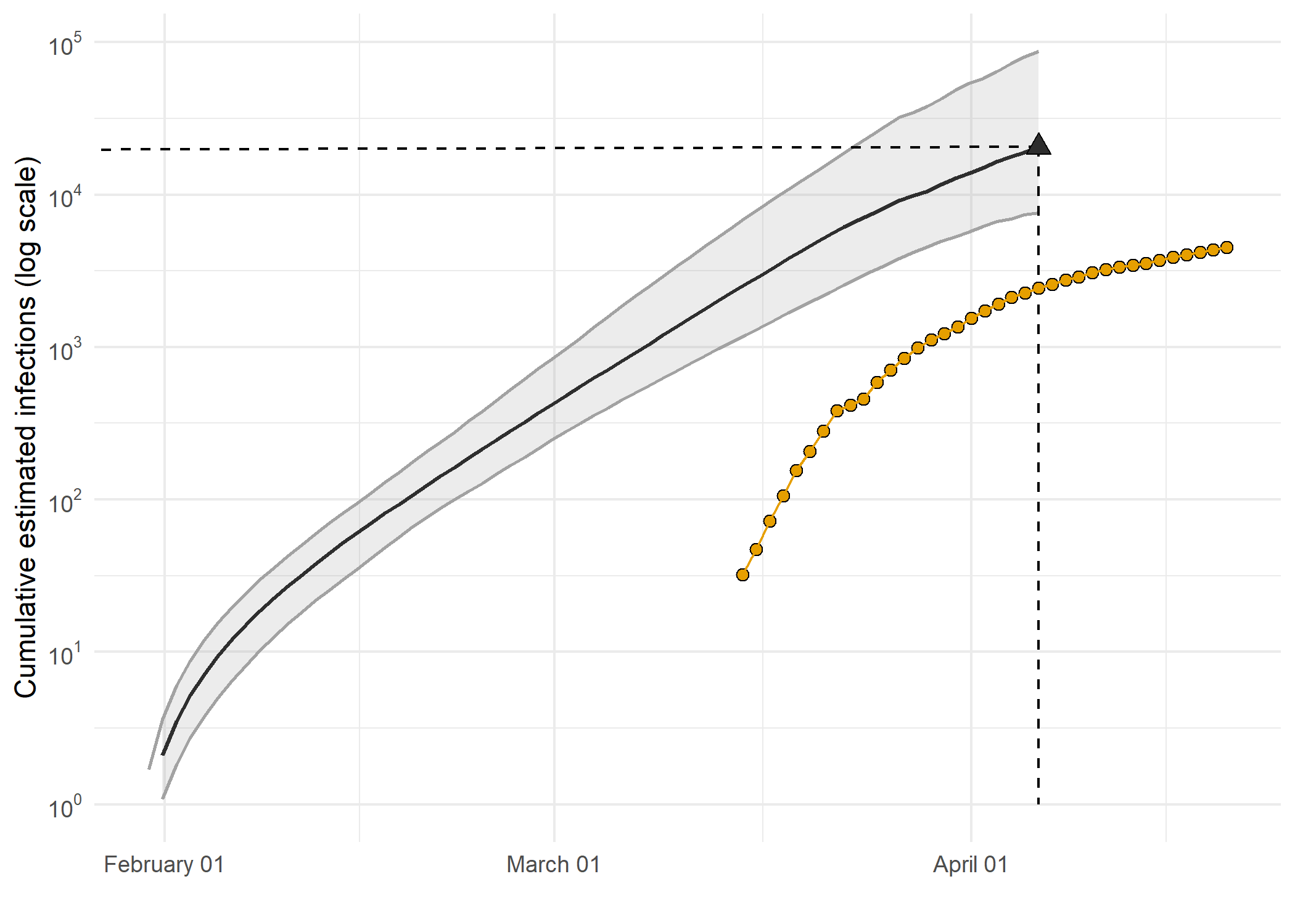 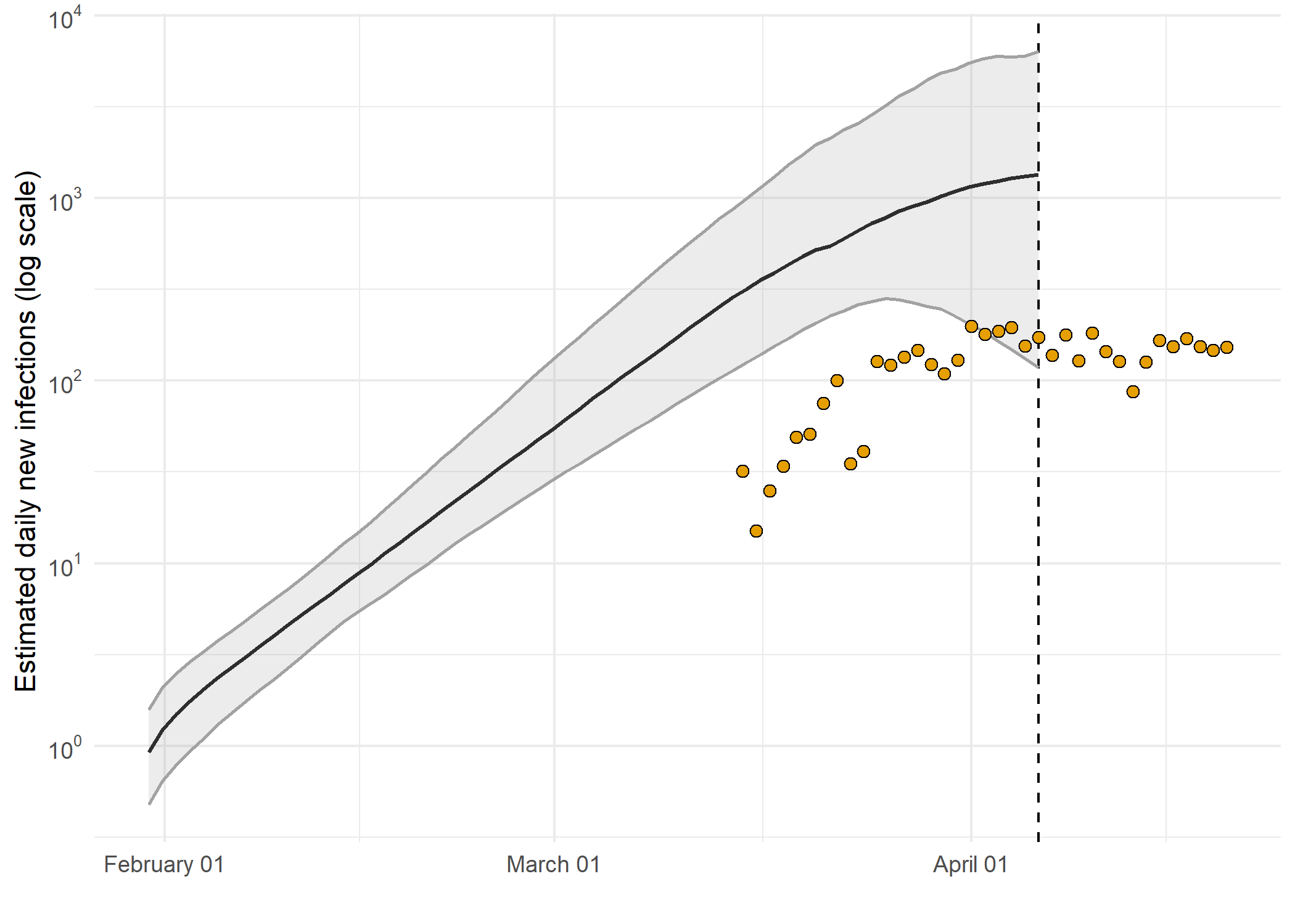 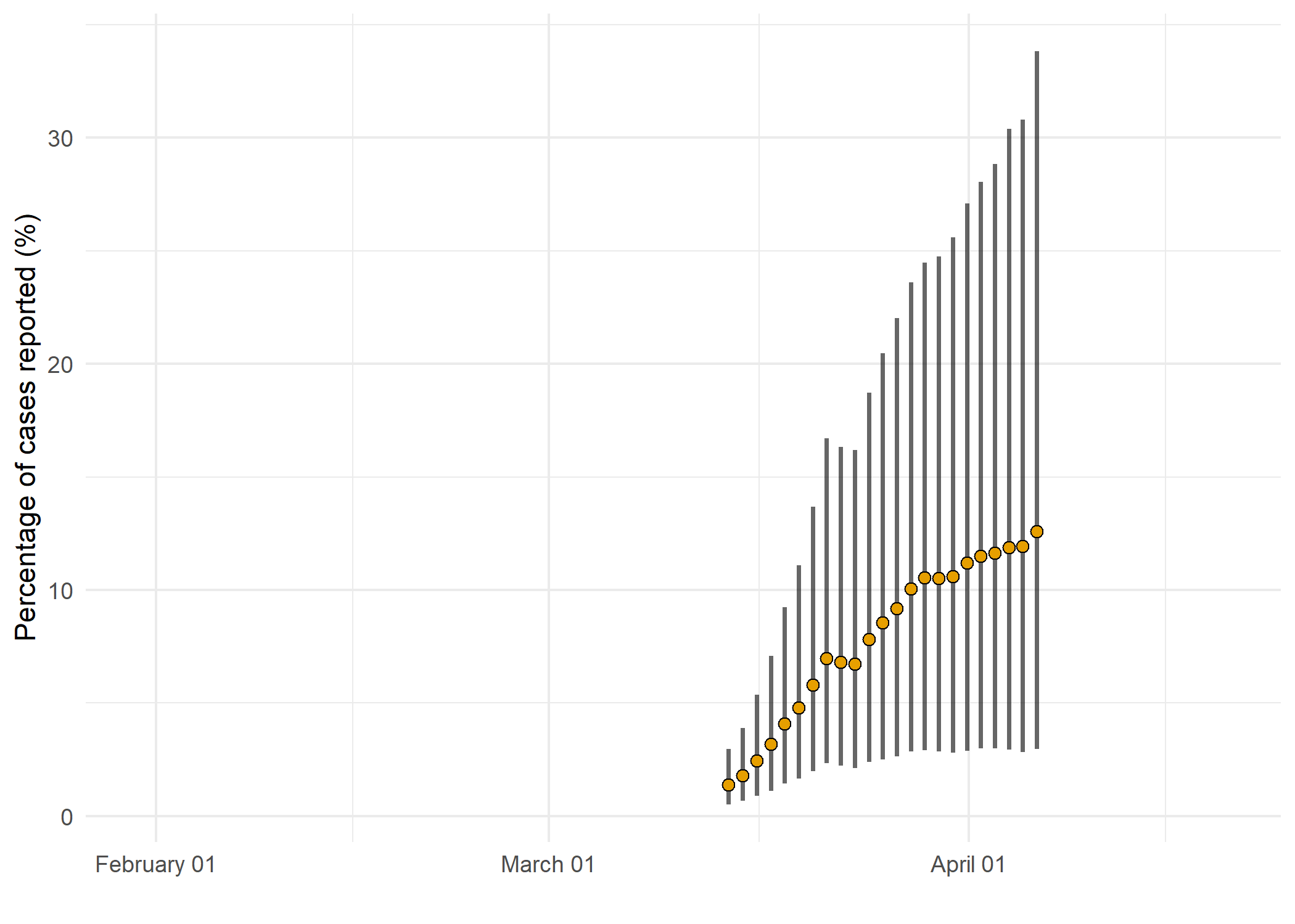 To understand the rate of spread of SARS-CoV-2, we estimated the reproduction number over time (Rt). Our estimate including credible intervals for Rt was above 2 until early March, when it starts to decrease. By the last sample, we estimate Rt to be 1.35 [0.451-1.98] median [95% CrI]. 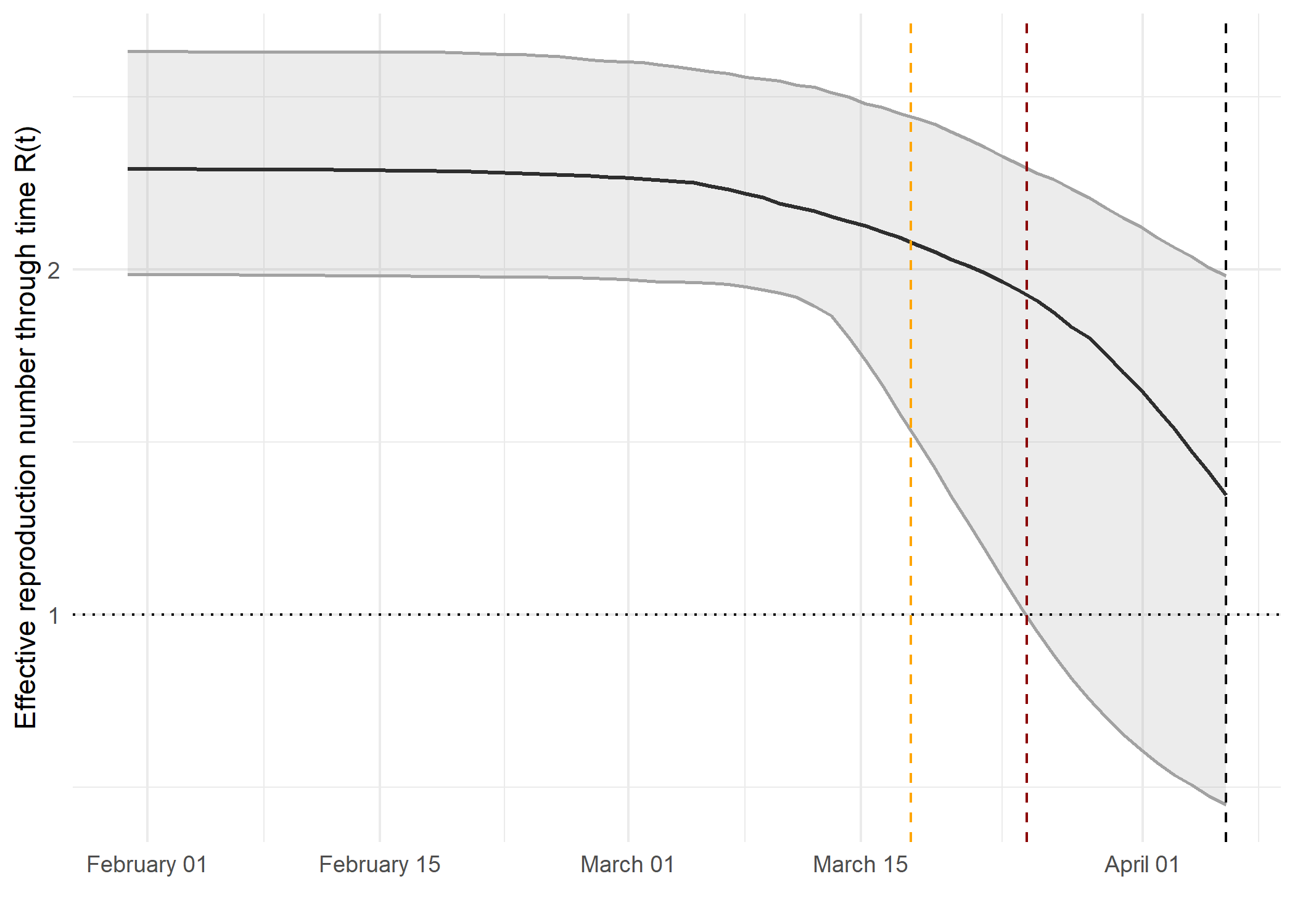 How quickly has the epidemic in Wisconsin grown?

How has SARS-CoV 2 evolved in Wisconsin?

The figure below represents the time scaled phylogeny that is co-estimated in our analysis. We observe that samples in Wisconsin (red points) feature in several places in the phylogeny, which indicates importations from outside the state. 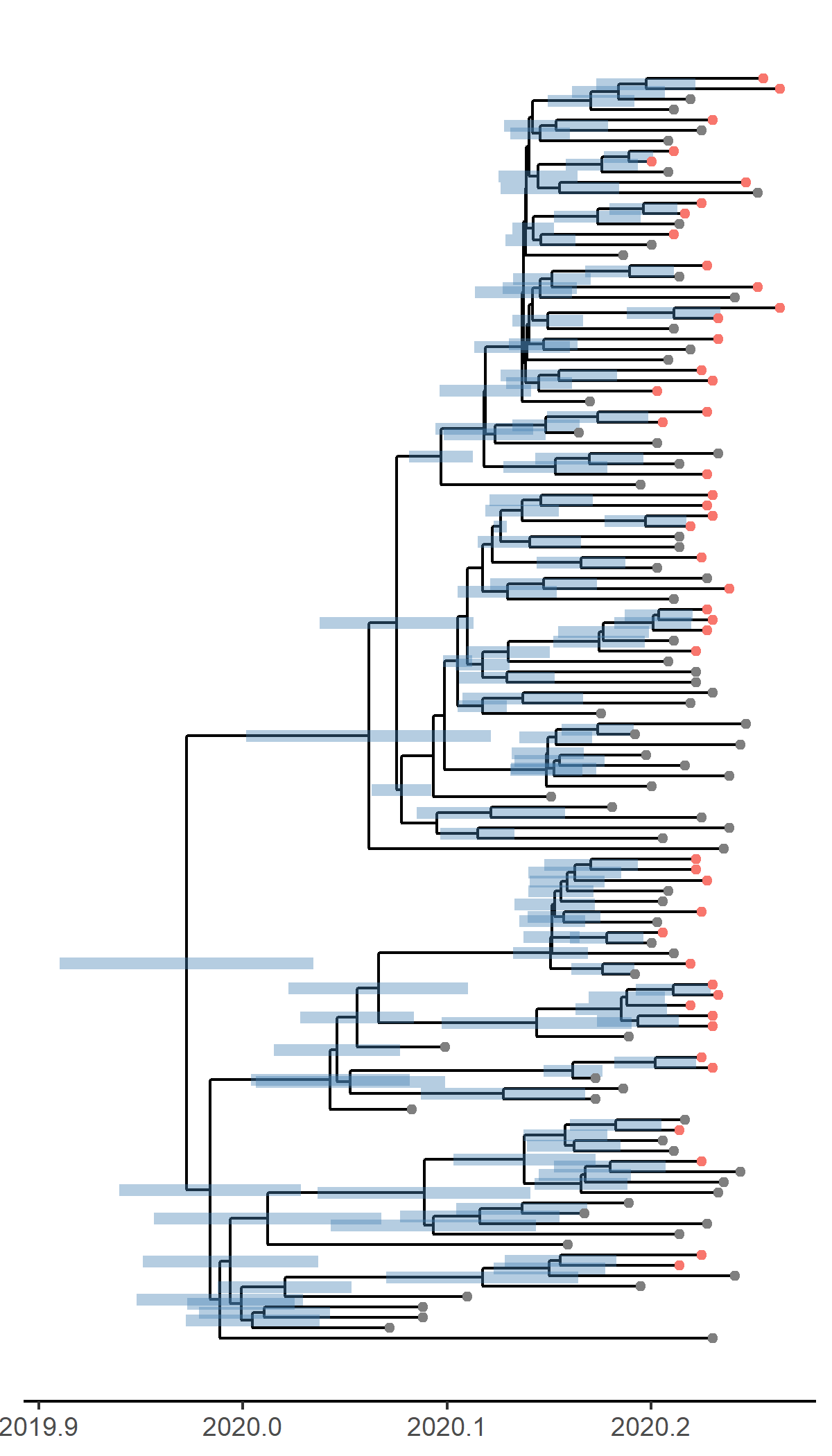 Figure 6: Time scaled phylogeny co-estimated with epidemiological parameters. The colour of the tips corresponds to location sampling; red tips were sampled from within Wisconsin, blue tips from outside.