As duplicate sequences and those with likely sequencing errors or significant gaps were removed prior to analysis this represents a smaller sample than the total number of Telangana samples uploaded to gisaid. Figure 1 shows the distribution of the included sequences over time, including external sequences.

Reported cases for comparison to our model predictions are taken from covid19india.org, a crowdsourced database for SARS-CoV-2 data from India and so may not match reported cases from government sources exactly. These data are used for comparison purposes and to estimate the reporting rate and do not influence the phylodynamic analysis. 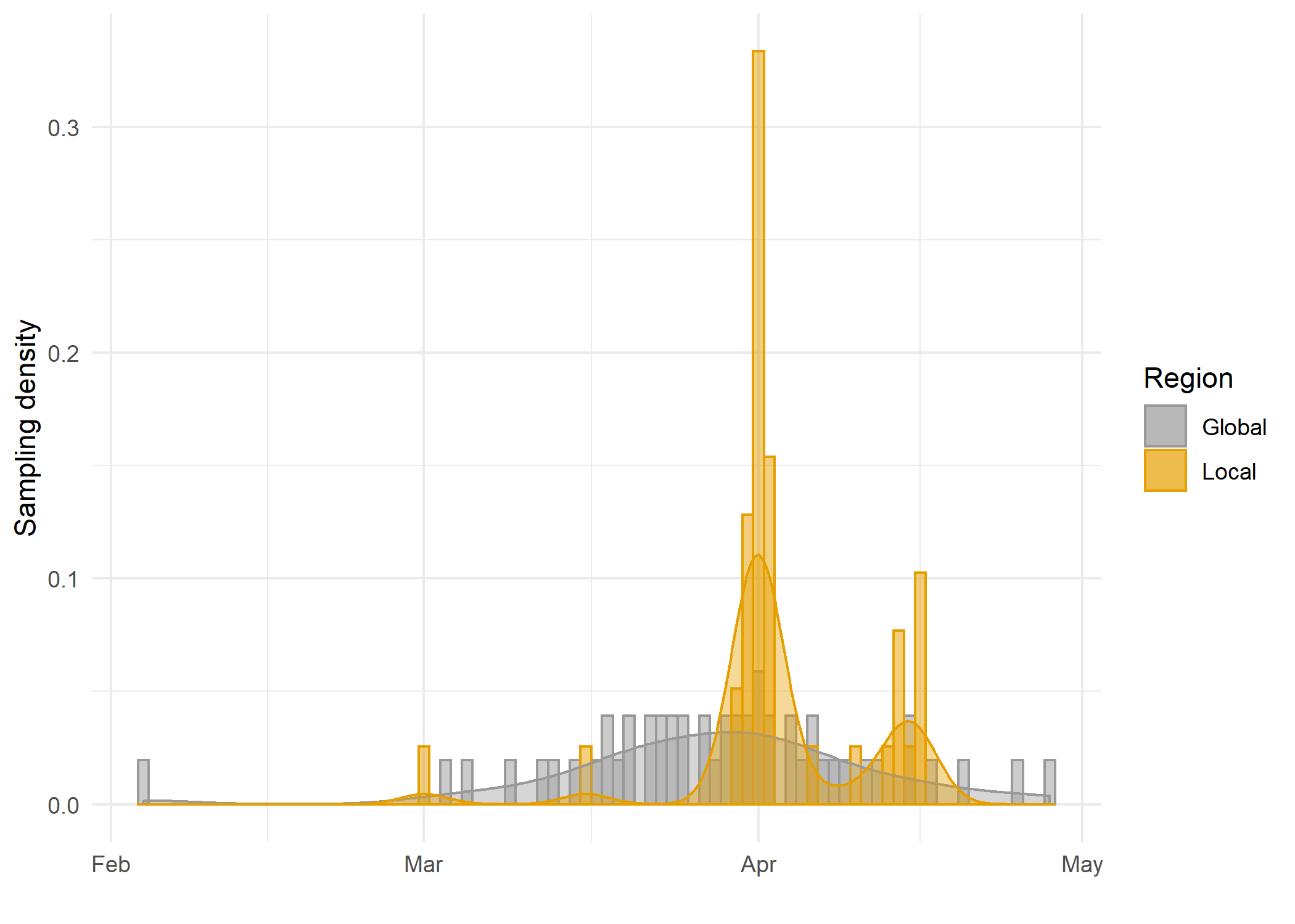 In this preliminary analysis we estimate 73849 [10396-129336] median [95%CI] cumulative infections at the time of the the last sample (2020-04-28). At the same time point there were 1009 reported cases. The estimates follow a similar trajectory to the reported cases at a different magnitude. The peak in daily infections in the model lags the peak in reported cases with a later start to the downwards trajectory in cases. This fit will likely improve with further sequence data but may also be improved with a piecewise estimate of R(t) which can fit more dramatic changes in incidence than the current smoothed estimate. 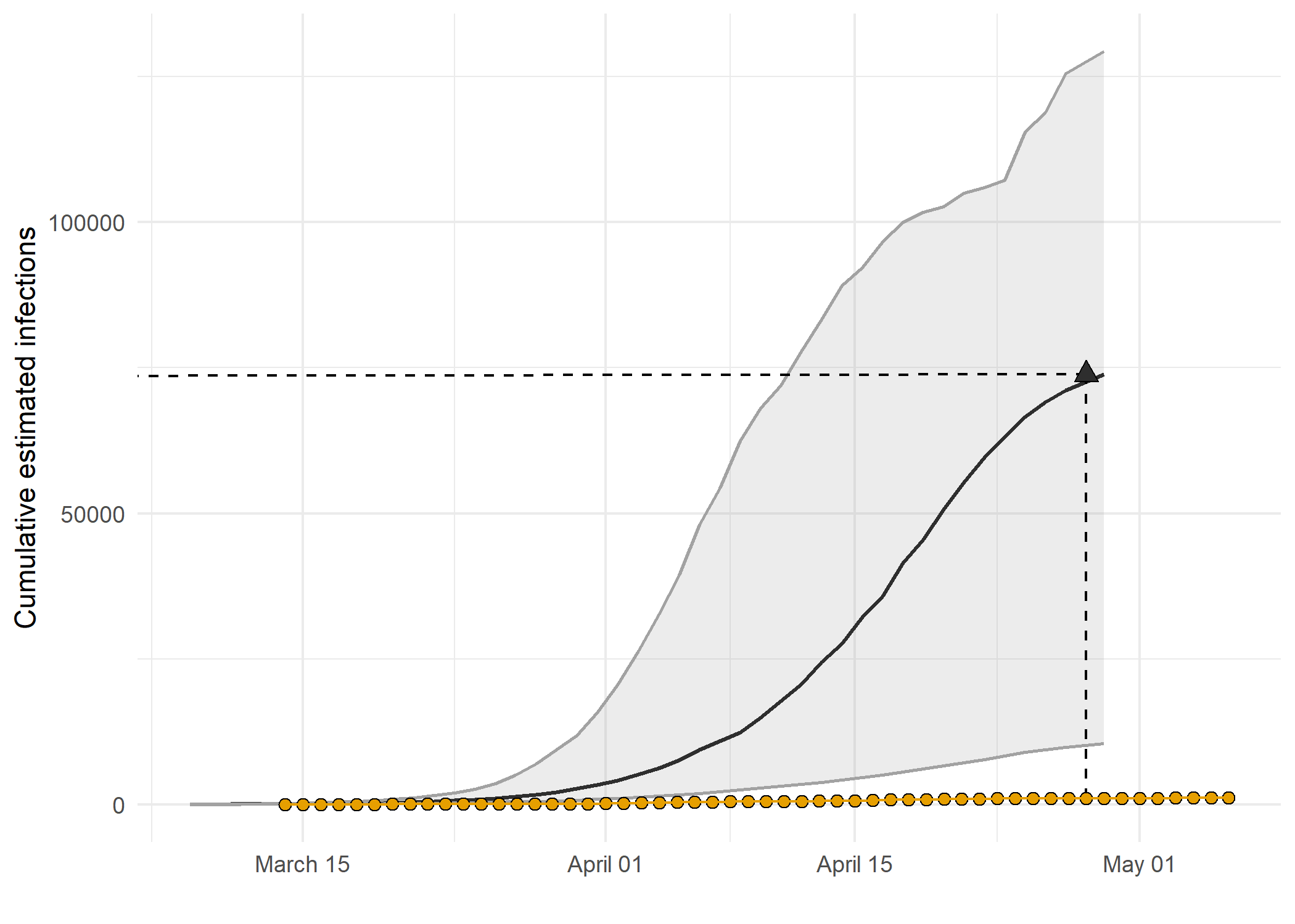 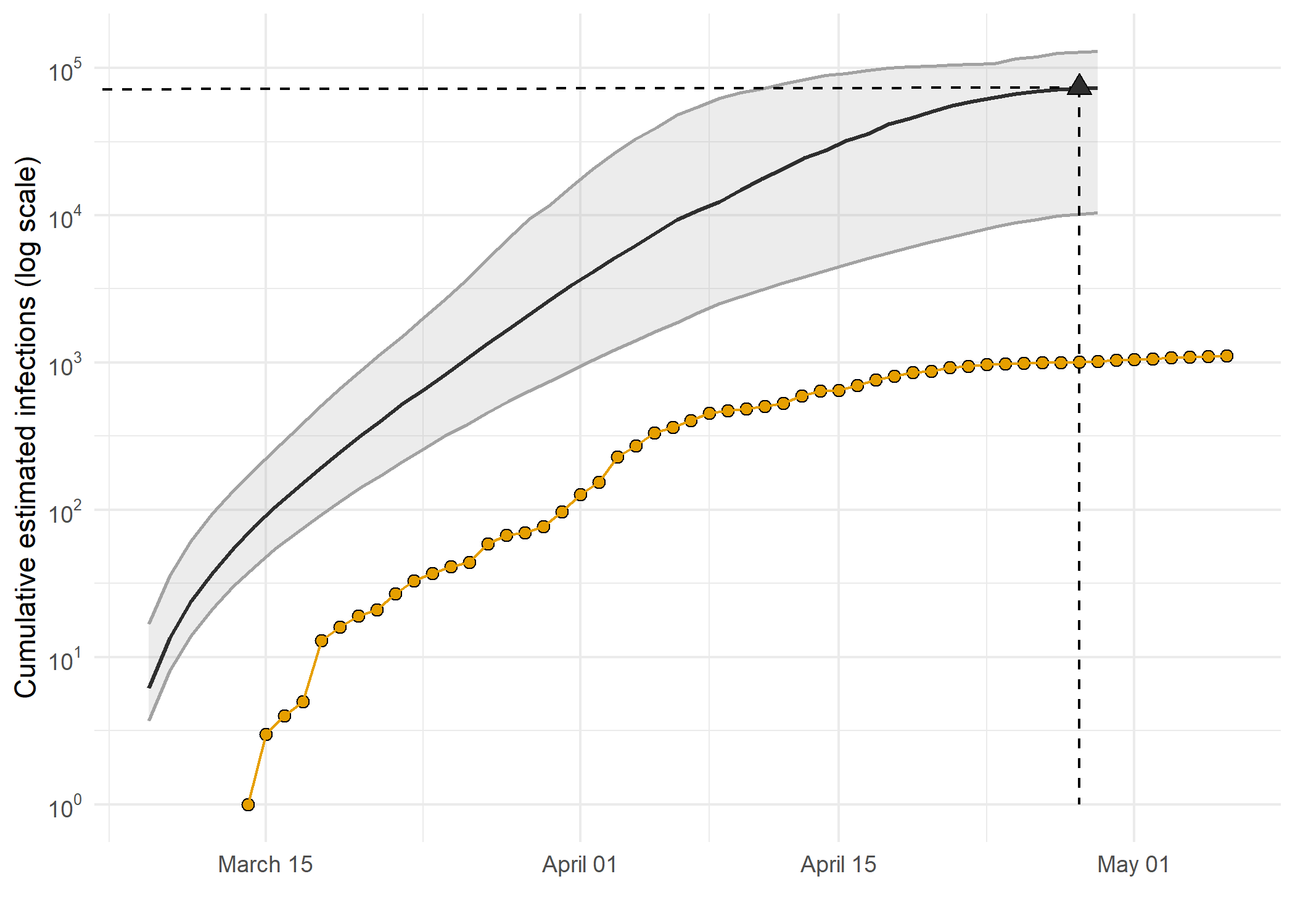 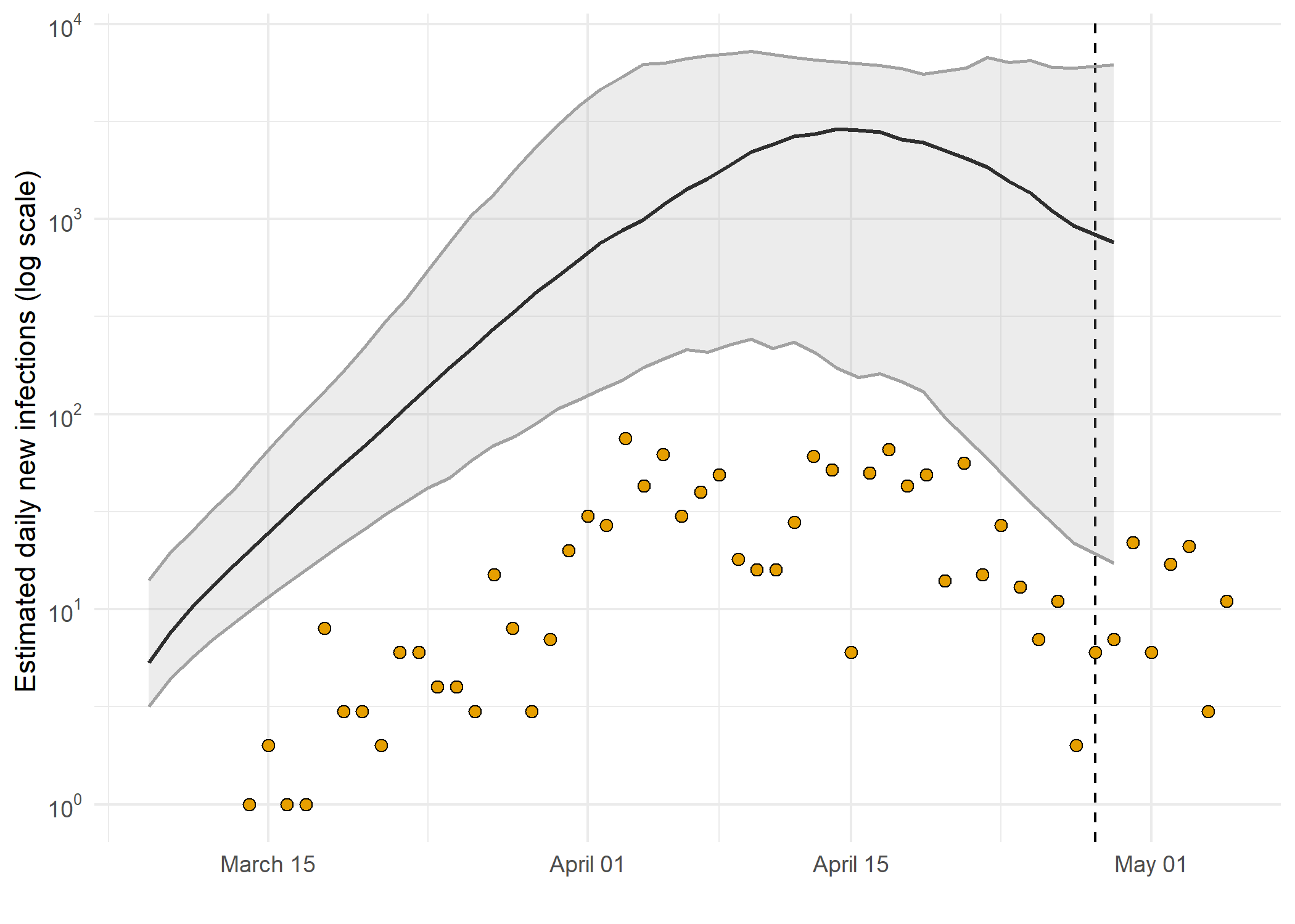 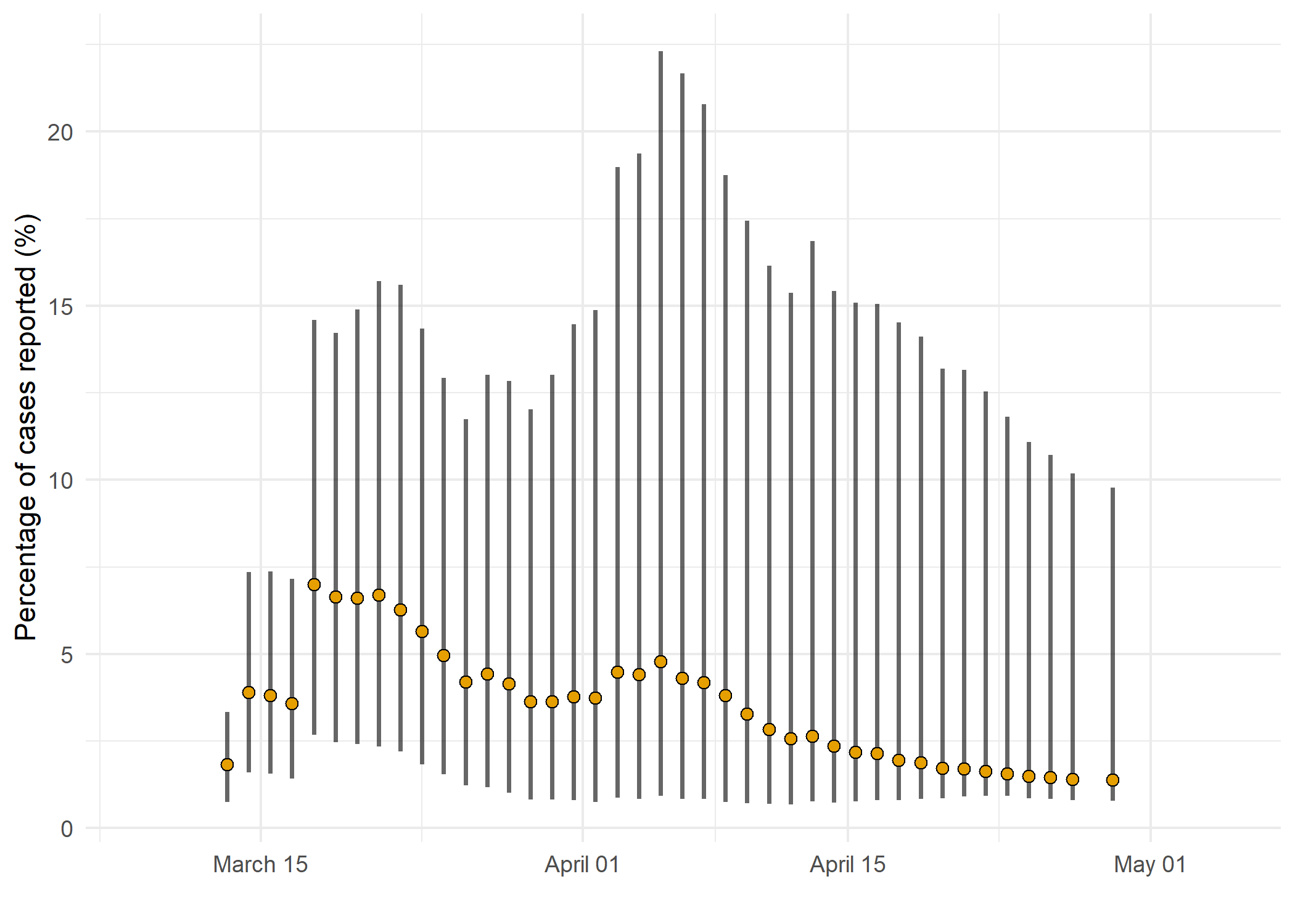 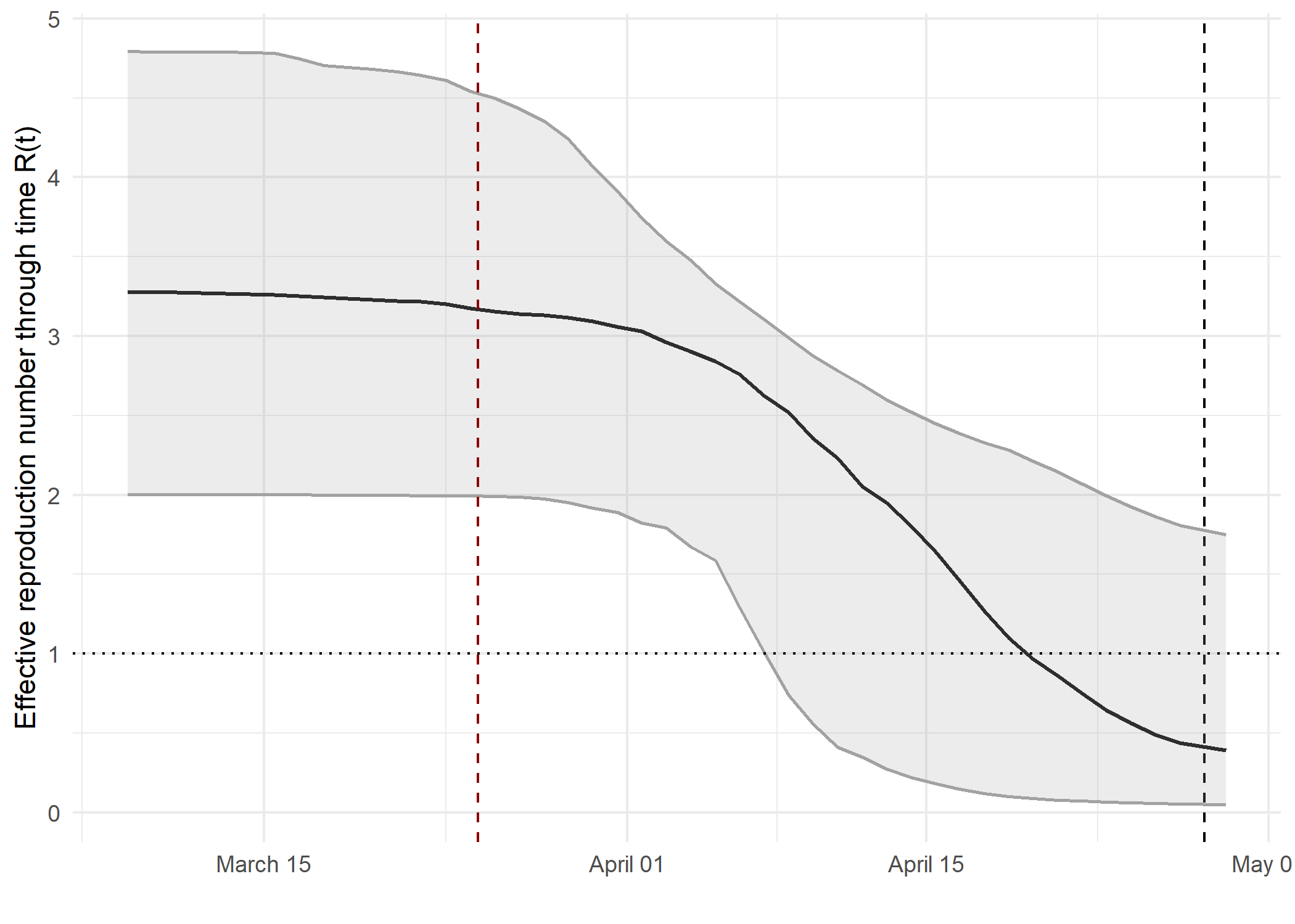 Figure 5: Reproduction number through time. The black vertical dashed line indicates the date of last sample in Telangana in this analysis. The red dashed vertical line represents the date of lockdown in India.

How quickly has the epidemic in Telangana grown?

the R0 and R(t) estimates presented here are broadly in line with estimates produced by other groups using only epidemiological data.

How has SARS-CoV 2 evolved in Telangana? 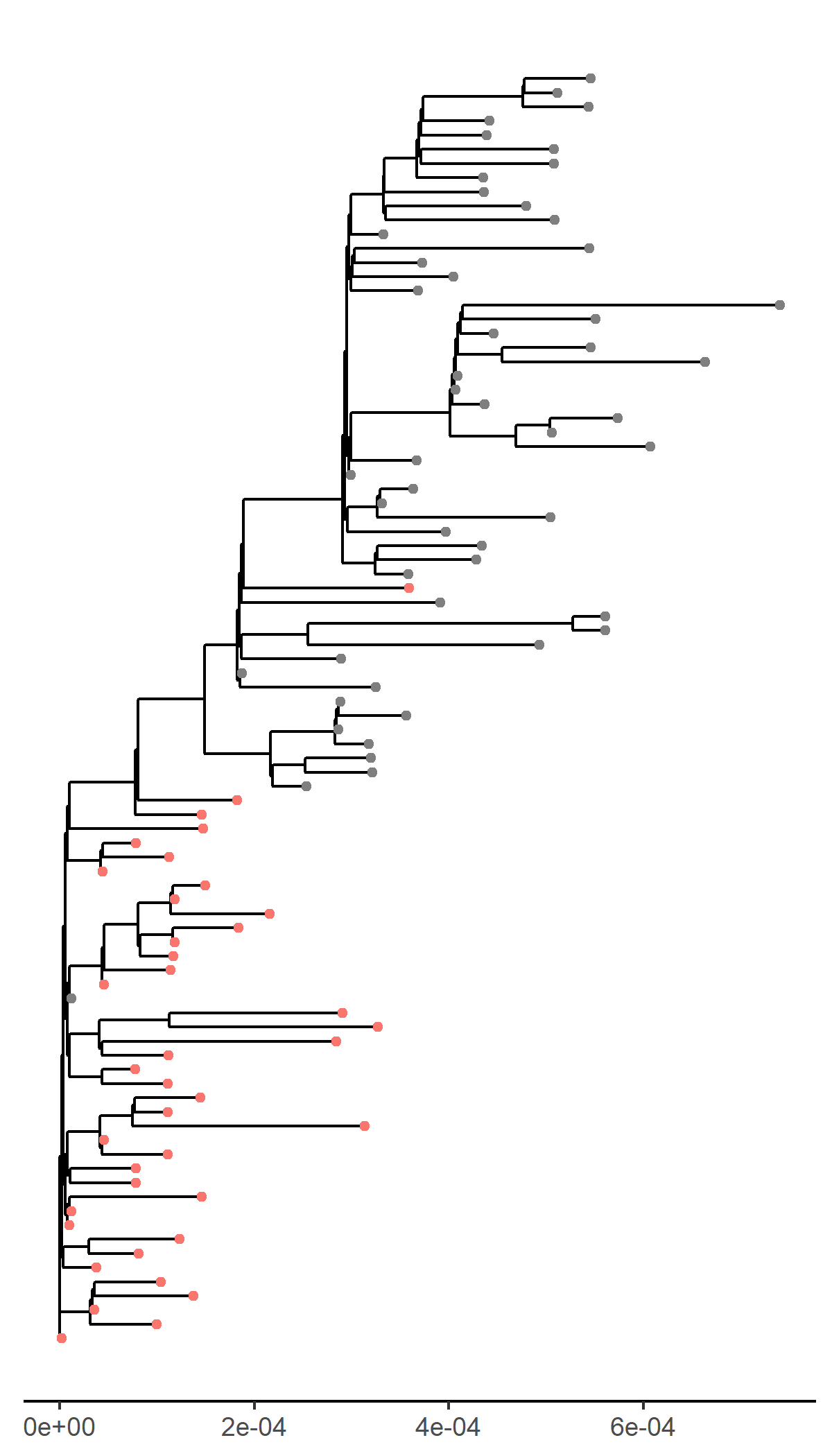 Figure 6: Maximum likelihood phylogeny with the x-axis representing NT substitutions per site. The colour of the tips corresponds to sampling location; red tips were sampled from within the region, grey tips from outside 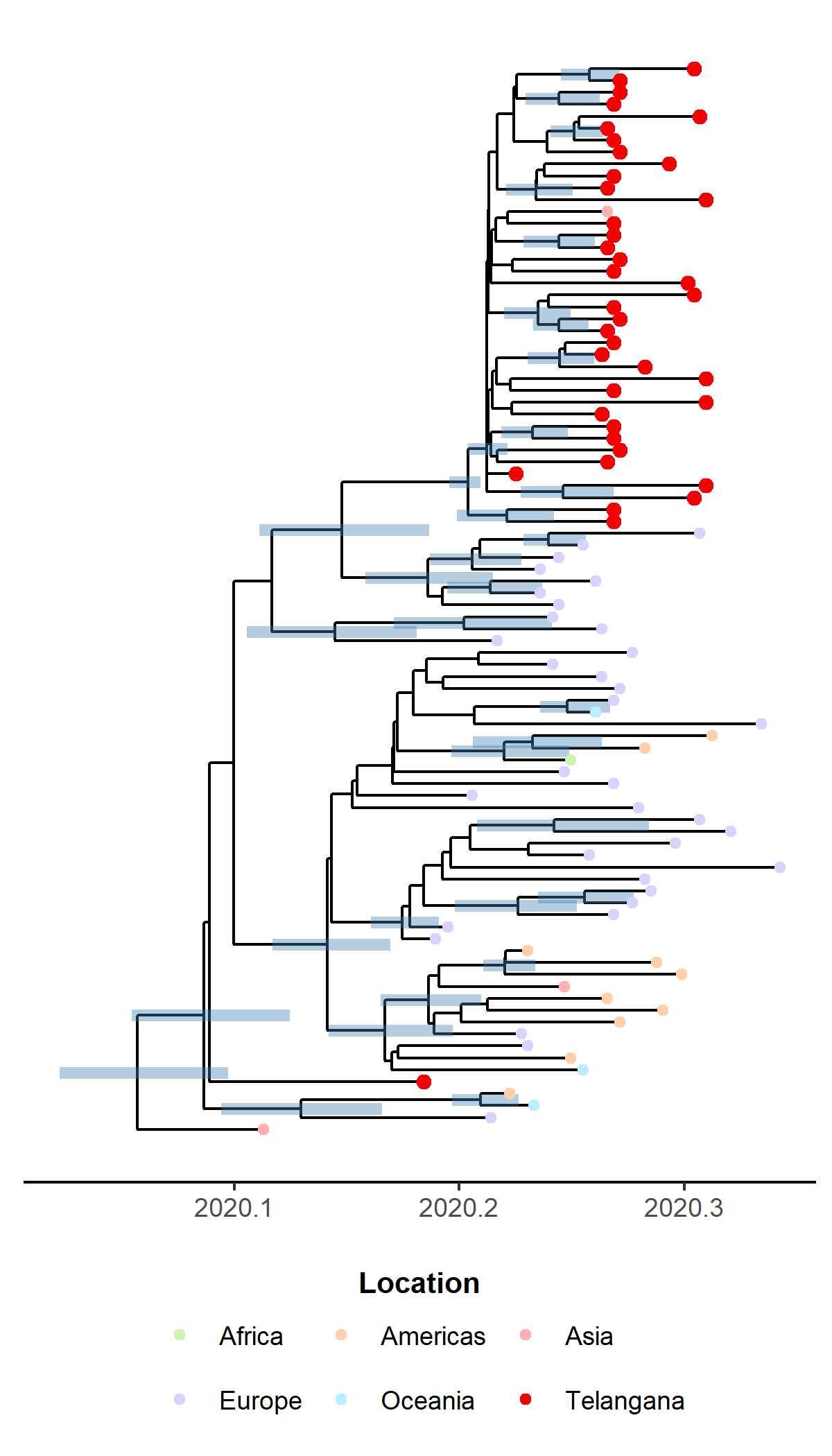 Figure 7: Time scaled phylogeny co-estimated with epidemiological parameters. The colour of the tips corresponds to location sampling; red tips were sampled from within Telangana, blue tips from outside.

We present a time scaled phylogeny of SARS-CoV-2 in Telangana and the included international reservoir. As few internal nodes have high posterior support we also present a maximum likelhood phylogeny showing genetic distance between the included sequences. Telangana sequences tend to cluster closely together suggesting that the majority of sequenced SARS-CoV-2 results from transmission within the region rather than introductions from elsewhere. This is in keeping with the timing of the epidemic in India which follows the introduction of social distancing measures in most other heavily affected regions but may also represent targeted sampling strategies, such as contact tracing, in the sampled genetic data.